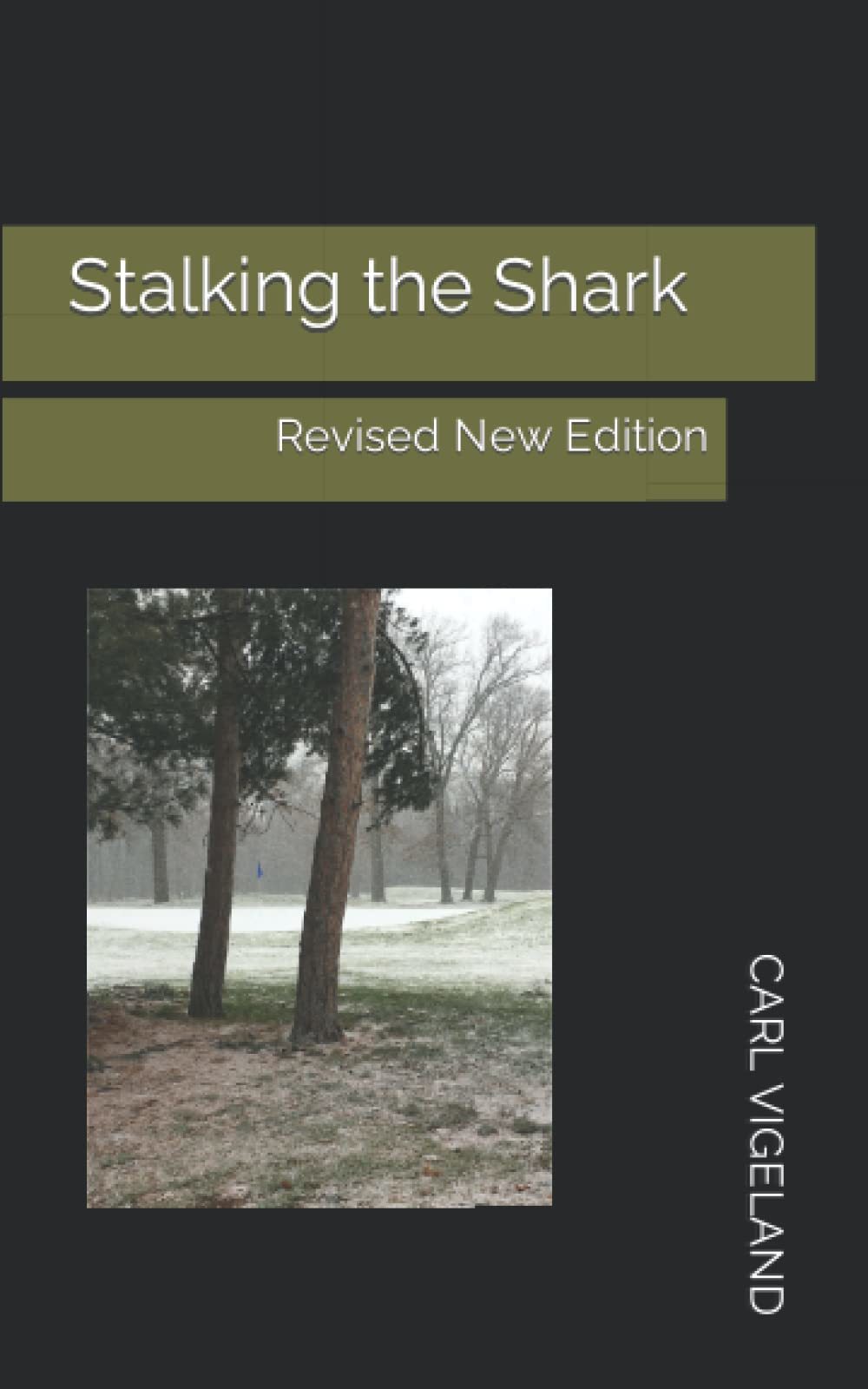 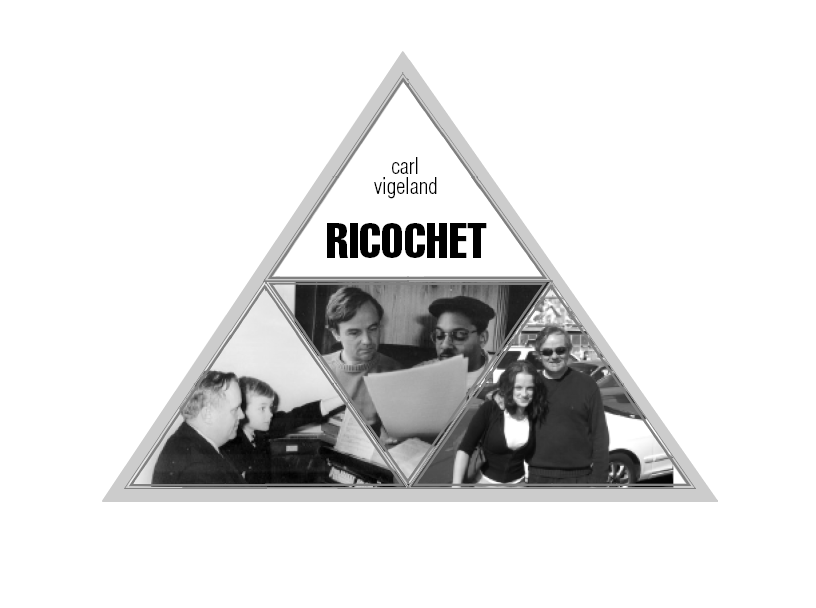 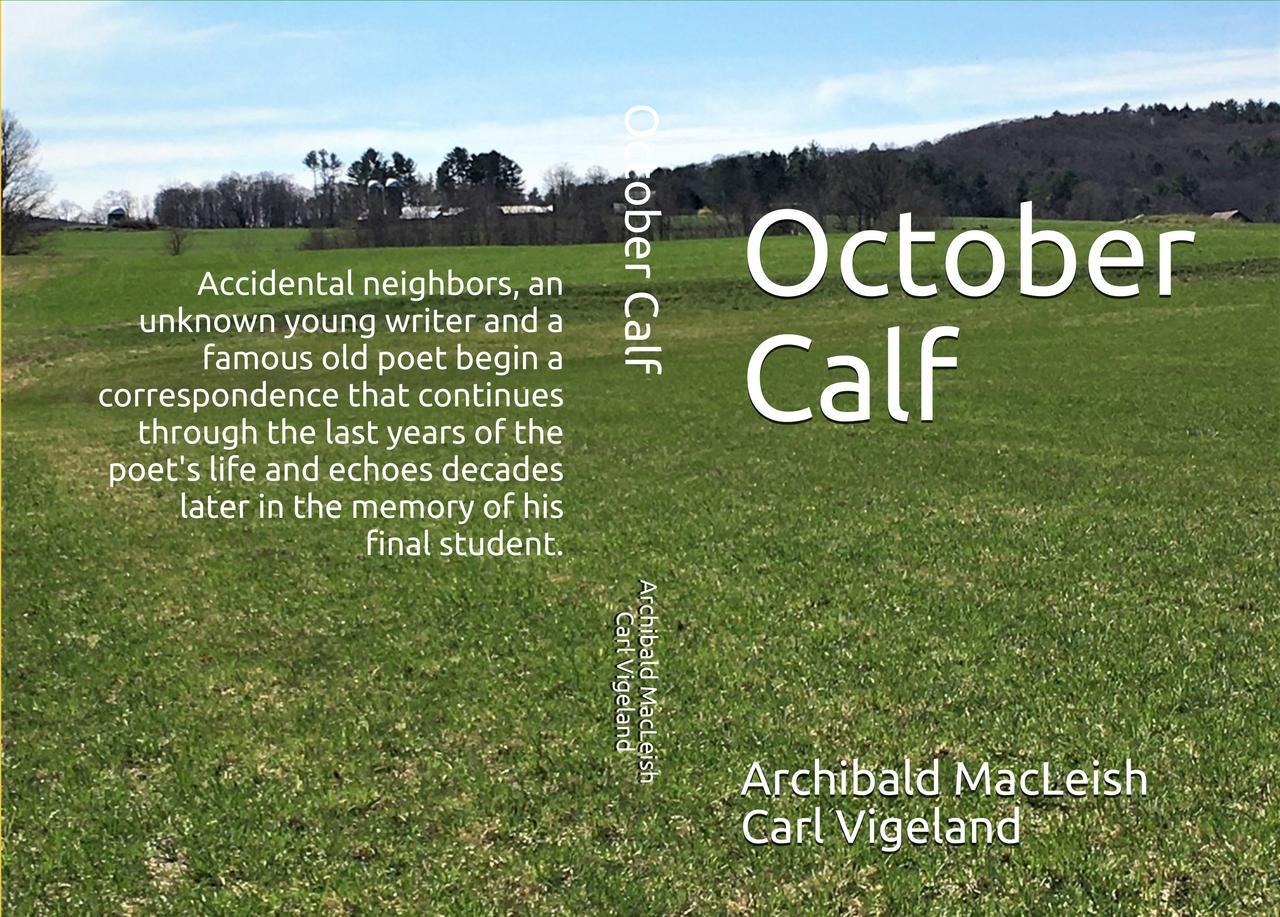 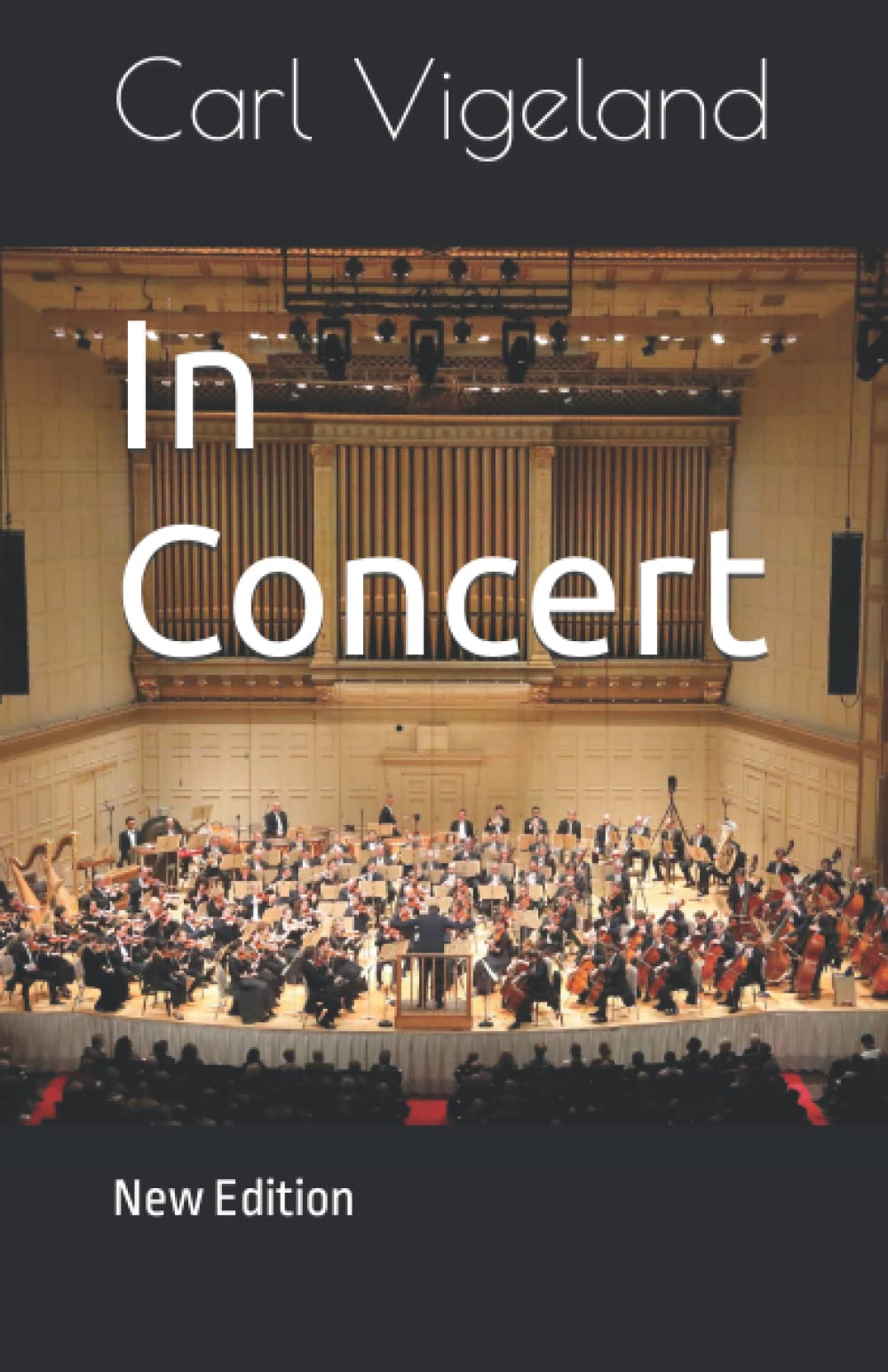 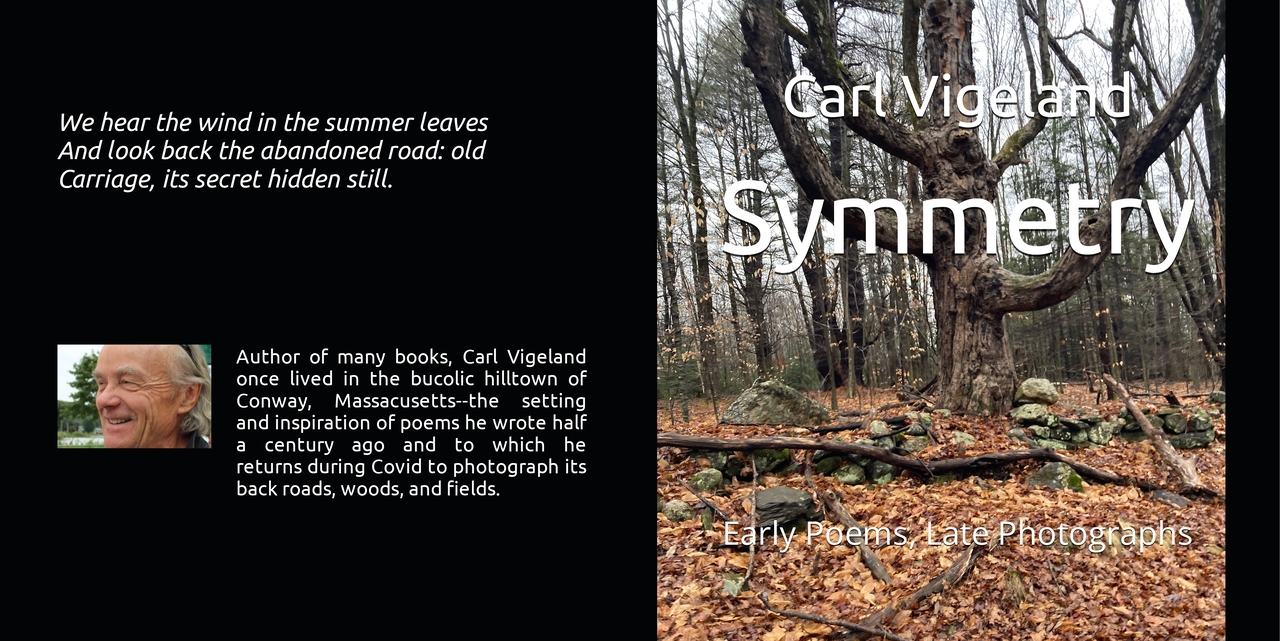 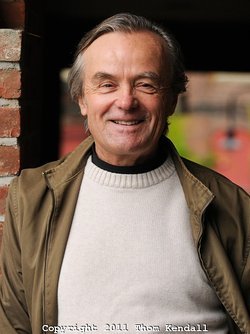 Carl Vigeland is the author of 16 books: Symmetry, Walking Trane, Ricochet, October Calf (with Archibald MacLeish), French Lessons (with Joseph C. French Jr.), Dear President Trump: An Open Letter on Greatness, A Symphony for Shelbie, The Great Romance, The Breathless Present, Jonathan Sternbeg, The Mostly Mozart Guide to Mozart, Jazz in the Bittersweet Blues of Life (with Wynton Marsalis), Letters to a Young Golfer (with Bob Duval), Staling the SHark, In Concert, and Great Good Fortune. Vigeland has also written about many different subjects for a wide variety of magazines, including The Atlantic Monthly, Boston Magazine, The Boston Globe Magazine, Conde Nast Traveler, Country Journal, DoubleTake, Downbeat, Fast Company, Golf Digest, Harper's, Harvard, New England Monthly, The New York Times Magazine, The New Yorker, Playboy, Sports Illustrated, and Yankee. An amateur pianist and trumpet player, he is also an avid skier and excellent golfer--activities about which he has often written. Vigeland is a graduate of Harvard, and he was for many years a lecturer in journalism at the University of Massachusetts in Amherst, where he was cited for excellence in teaching. Among other awards, his book In Concert (about the Boston Symphony) received a New York Public Library commendation, and his Mozart research and writing was aided by a residency at Yaddo. 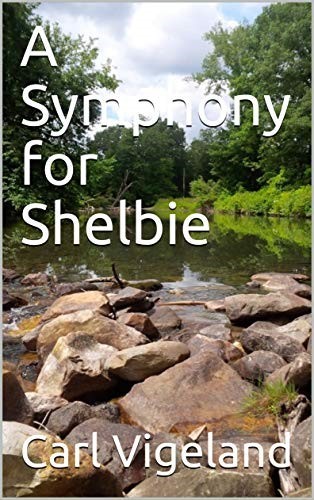 Crossing music and medicine in a hybrid narrative--part memoir, magical realism, medical reporting, and autofiction--set primarily at a great teaching hospital in Boston, Massachusetts, and a famed music venue in the Berkshires (also of Massachusetts), A SYMPHONY FOR SHELBIE vividly portrays a charismatic, Greek-born pediatric oncologist, Giannoula Lakka Klement, whose pioneering form of a chemotherapy administration called metronomics prolongs for four years the life of a teenaged patient, Shelbie Murphy, whose inspiring spirit prompts the novella-length book's benediction-like promise of grace.

THE BREATHLESS PRESENT: A Memoir in Four Movements [right click]

At once a writer’s autobiography and a road book, with vivid portraits of an unusual group of people—ranging from an early mentor and one-time neighbor, the late poet Archibald MacLeish, to world renowned jazz great Wynton Marsalis (with whose bands Carl Vigeland traveled for many years) and the author’s charismatic, tormented father, also a musician--THE BREATHLESS PRESENT tells several intersecting stories in a variety of voices that mirror music’s power to transmute memory and affirm life.

JAZZ IN THE BITTERSWEET BLUES OF LIFE(with Wynton
Marsalis) (2001)

"American jazz sweetheart Marsalis gives readers a seat
on his old septet's tour bus for a ride down memory
lane. It's the early 1990s, and the trumpeter is coming
into his own as a composer, despite his tight road
schedule (check-in at hotel, go to sound check, eat
supper, iron the suit, play the gig, snooze a bit, hit the
road). Should a day off (or a few free hours) arise, he's
speaking at a local school, composing a ballet,
recording an album or playing a ballad to his sons on
the phone. 'He'd take his naps in the next life,' writes
coauthor Vigeland, who tagged along on tour.
Marsalis's productivity and growth during this period
would lead to nine Grammys, a Pulitzer (previously
awarded only to classical composers) and his
directorship of the Lincoln Center Jazz Orchestra.
Loosely using a sort of call-and-response style, the
book swings between Vigeland's (Stalking the Shark:
Passion and Pressure on the Pro Golf Tour) fly-on-thewall
documentation and the poetic solos of Marsalis,
philosophizing on jazz, joy, love and life all synonymous
for him. 'The narrative's logic is one of feeling, not
geography or chronology, and it develops accretively,
elliptically,' explains Vigeland. At their best, the authors
show how Marsalis's road experiences shape his music
and the tightness (musically and personally) of the
septet. The glimpse into Marsalis's New Orleans
upbringing in that famous first family of jazz (Ellis, his
father, and Branford, his brother) fascinates...Other
biographies on Marsalis exist, but this is notable for its
mixture of an outsider's perspective with that of the musician."
-- Publishers Weekly

THE MOSTLY MOZART GUIDE TO MOZART (2009)

"Vigeland offers a brief biography of Mozart followed by
a larger section devoted to his oeuvre. The author
chooses among his favorite pieces and lists his favorite
recordings; the book's longest and most satisfying
section is an analysis of Mozart's operas. Vigeland
avoids musical examples and employs a jargon-free,
conservational style. He includes entertaining sidebars
and commentary from such musicians as Emanuel Ax,
Placido Domingo, and Aaron Copland. Vigeland writes
in such a compelling way that amateurs will be
immediately drawn in to this slim volume. Professional
musicians will enjoy his personal reflections and
incisive commentary."
— Library Journal

IN CONCERT: Onstage and Offstage with the Boston Symphony Orchestra (1989)

"An absolutely fascinating book dealing with tension —
artistic, musical, and personal tension between the first
trumpet player of one of the most venerable orchestras
in the country and the conductor, Seiji Ozawa. Music is
the background, but the theme is really a conflict of
two people with two completely different approaches to
art — and to life."
-- Studs Terkel

"Both the father and the son of pro golfers, and a golf
instructor and Senior PGA pro in his own right, Bob
Duval shares the wisdom he's accumulated from years
on the course in Letters to a Young Golfer. The book
takes the form of actual letters to his son, David a PGA
celebrity and 2001 British Open champion and to other
friends and family members. The subject on the table is
usually golf Duval muses about strategies and looks
back on his own career and encounters with PGA
luminaries but through the letters a more intimate
history of the family emerges, including the father and
son's long estrangement, sparked by the death of
David's older brother."
-- Publishers Weekly